I spent my 20s trying to seem like I was in my 30s. After all, being thrown in the fire pit of venture capital, it was my job to win over hotshot executives who were skeptical, at best, about my fresh faced ideas about growth and exits. After about a decade, my efforts started to gel with my experience, and I was getting myself involved in companies that were changing the world. From one of the leading online travel companies in India to innovative mobile-first startups in the U.S., I kept running into game-changing opportunities. In the end, a very small number of these companies went to the stratosphere, many got stuck in the middle and some ended up in zombieville.

As a venture capitalist, it was my job to think deeper about why some companies succeeded and others didn’t. After 15 years of wearing the VC hat, it became clear to me that while having a quality team was a constant that everyone could agree on, team dynamics often trumped individual talents. Business model, addressable market size and barriers to entry were always important but subject to hidden and sometimes invisible forces. After a lot of thought, it was clear to me the common thread of the winners was their vision. The entrepreneurs who consistently played above their league and never took no for an answer had the highest probability of success.

There is shockingly little information out there about the state of mind for success. When you search for management books about being a successful entrepreneur, there is tons of tactical advice — how to work on your business model, think through the market size, improve operations, recruit the right team, sharpen your skills and so forth. But the mindset for success has little to no coverage. These are the three big things I found mattered the most:

What I found as the biggest area of unsolved pain for entrepreneurs and aspirational professionals was the first point: How could they leverage limited infrastructure to reach higher? There were a ton of emerging platforms to help entrepreneurs leverage third party software, which has led to this unicorn SaaS boom we’ve seen over the past decade. But the area that interested me most was how aspiring professionals could solve for limited physical infrastructure.

Real estate and lease expenses are often a balance sheet killer for aspiring entrepreneurs. Solutions like WeWork have proven to be effective for many of these folks, but often the per-employee cost has still remained prohibitive and stylistically doesn’t work for certain types of professional industries. The need to impress and shoot for bigger and better clients is a common thread, and the infrastructure limitation really stood out as a growth strangler.

Beyond entrepreneurship and startups, even innovators at large companies with tons of office space were facing issues related to their physical space. As the economy and innovation spreads out further to all reaches of the country and world, managers at large companies want to be able to tap into talent irrespective of where they have corporate offices. Even from within HQ, the most successful professionals often felt constrained by their office and found great results and witnessed innovative ideas emerge when they took their teams out around town. Perhaps it’s something Pavlov could speak to, but there has always been something about your office conference room that immediately brings teams pangs of boredom.

The question was about how to create a solution to solve for this. Re-distributing spare conference rooms in co-working spaces and other people’s offices or outfitting spare corners of office buildings is not the right fit for enterprises. Today’s professionals who want to shoot higher to impress their stakeholders, squeeze innovation out of their team or provide inspiring space for remote employees, need the whole package. In order to leave the right impression and accomplish their goals, these professionals are seeking access to nice rooms, along with great service, amenities, care and the confidence that everything will be smooth. I know because I was one of those professionals, in all my hats from VC and corporate advisor to CEO. 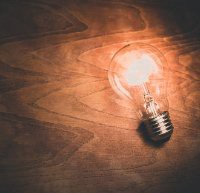 This is when the lightbulb went off — hotel meeting rooms would be a great fit. Inspired by business culture in Asia that is dominated by meetings in great hotels, I thought that it was a model that had great global potential. The problem was that when I tried to book these rooms for myself, I found out why they are classically underutilized: the process for booking these rooms and the associated pricing made these rooms unviable from the start. I realized then that by making these rooms easy and accessible, it could make a world of difference for both managers and hotels.

We imagined a future where entrepreneurs could continue working from their basement, or WeWork, and still have access to upscale meetings to score and win with the best investors and clients in the world. We wanted to unlock spaces where aspiring managers at the world’s biggest companies could instantly unlock great space for their teams to brainstorm, re-imagine new ideas and get work done with unlimited global mobility. We looked to a future for the hospitality industry to fill in the gap of their declining guest room business and better serve the modern professional. The opportunity was to assemble a team of hospitality and technology veterans to re-shape the world by helping aspirational professionals solve the physical infrastructure problem and always reach higher. And just like that I left my thriving venture capital business to launch BIZLY.

It’s been almost two years since I started working on this problem and platform and just a couple months since we launched our beta iOS app, and just a couple days since we launched our web app. We are already working with nearly 100 of the best hotel brands across the country Currently in NY, SF and Chicago and launching Boston, LA and DC shortly. And we are just getting started. We are impacting the lives of entrepreneurs, innovators and hoteliers; and best of all, we have so much fun and I wear sneakers to work. Because I can’t stop reaching running towards this vision. And nor should you.

Thoughts? Questions? Want to try a BIZLY room? Just shoot us a quick note at hello@bizly.com and we’ll take good care of you.

Small and simple meetings can represent up to 80% of a company’s overall events. With the current challenging environment, no one has the time, resources, or expertise to conceive, source, and implement an end-to-end small meetings program.